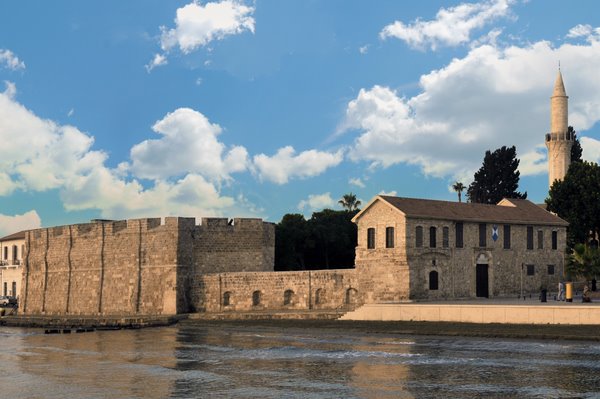 Cyprus is a country with a long history. According to legend, it is the birthplace of the ancient Greek goddess of love and beauty, Aphrodite.
Cyprus is the third largest island in the Mediterranean.

It has 6 provinces which are Larnaca, Nicosia, Limassol, Paphos, Famagusta and Kyrenia.
The 2 districts of Kyrenia and Famagusta are Turkish occupied.
The capital of Cyprus is Nicosia which is the largest province.

Cyprus is a wonderful island to visit in the Summer and Winter. The climate in summer is hot and dry, while the winter is mild with little rainfall and snow in the mountains, in Troodos mountain range.

If you visit Cyprus in the summer you can enjoy the warm sun, the wonderful beaches (Nissi Beach, Cape Greco, Fig Tree Bay, Castella, Blue Lagoon), the Zenobia ship-wreck which lies 1,4km off the coast of Larnaca and is one of the best places for diving.
Furthermore, in the winter there are many attractions to visit such as castles, Castle Kolossi in Limassol from the 13th century, the castle of Paphos located in the old city port and the castle of Larnaca in the center of the city.

There are also thousands of churches and monasteries in Cyprus worth seeing such as St. Lazarus in Larnaca, the Kykkos Monastery located in the Troodos mountain range, the Monastery of the Holy Cross at the top of a rocky hill in the province of Larnaca and from the top of Stavrovouni the pilgrim can easily see Larnaca and the surrounding villages.

Nicosia is the capital and is located in the center of Cyprus. It is the only province which has no sea. The northern part of the city is still under Turkish occupation, making Nicosia the only remaining divided capital in the world. The town's landmark are the large medieval walls.

Limassol is located in the south of Cyprus. It has the largest port of the island and is known for the wine festival, the carnival and the medieval castle.

Paphos is located southwest of Cyprus. It has an airport and is famous for the tombs of ancient kings. Here the goddess Aphrodite was born and also Christianity was preached the Apostle Paul.